King County is the only jurisdiction in the world named for Dr. Martin Luther King Jr.

King County is Washington's Largest County and Home to the Emerald City.   One of the many reasons we 💚 King County real estate.

It borders Snohomish County on the North, the Cascade Mountains on the East, the Puget Sound on the West and Pierce County on the South.

What Makes King County so special? It is home to one of the most vibrant cities in the world on the edge of the wilderness with farms, beaches, forests and cozy small towns.

Some of the most famous companies in the world were formed and headquartered in King County such as; Microsoft, Amazon, Starbucks, Nordstrom and Costco.

Owning a Home In King County

There are 30 cities and towns located in King County and each one offers something a little different.

Home prices are the highest in a small city called Medina.  It is a small city that is adjacent to Bellevue and borders Lake Washington.  It is just a short bridge drive to Seattle.

The second most expensive city is Mercer Island.  It is a desirable place to live as it is located a short bridge ride to both Seattle and Bellevue.  Many homes are on or near water.

Bellevue is the 3rd most expensive city and offers a unique combination of urban life and unique residential spaces.

Sammamish is the 4th most expensive city and is located on the Eastside of Lake Washington and is centered around Lake Sammamish.

Newcastle is the 5th most expensive city located on the Eastside of Lake Washington and South of Bellevue.

Redmond (home of Microsoft) is the 7th highest priced.

Finally, Seattle, surprisingly is only the 8th highest priced city in King County. (according to NWMLS Infosparks 2/22/2020)

Within Seattle are many prominent neighborhoods that each have their own price ranges.

West of Lake Washington the prices tend to decrease as you head North toward Snohomish County and South from Seattle and the closer you get to HWY 99 / Aurora Ave and away from water.

East of Lake Washington the prices tend to decrease as you head north and south of Bellevue and East of Lake Sammamish.

Get an instant estimation of your home's current value.

Check out fun and interesting events that take place in King County.

Learn more about the Crown Jewel of King County including; Market Stats, Schools, Parks, Homes For Sale, Neighborhoods and more.

KING COUNTY BY THE NUMBERS 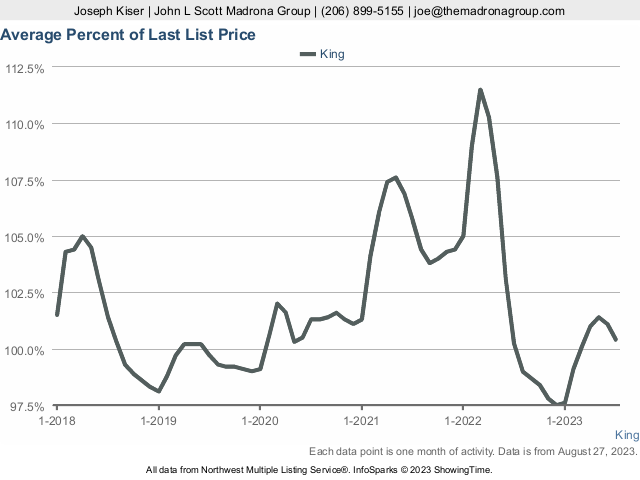 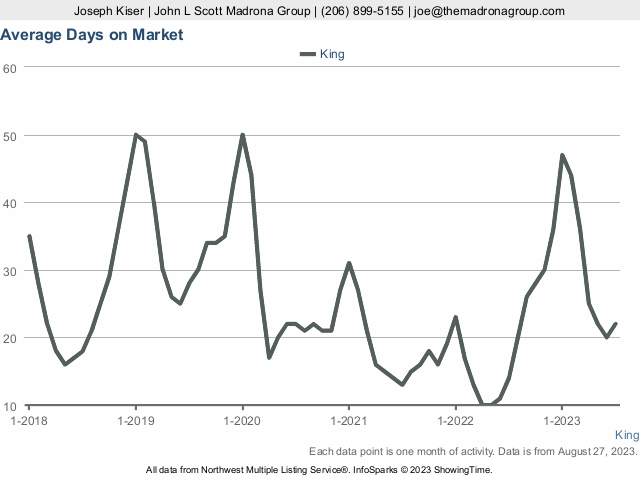 About King County Real Estate or... From Seattle to Snohomish County or Wherever You Are